My F80 M3 finished production and was transported to the carrier on June 23rd, 2014, but the bad news of that was my PCD was scheduled for September 9th. That meant my car was going to be here in early/mid July and sit at the delivery center for almost two months!!

So to hold myself over I decided to take a quick trip to the BMW dealership to check out the new F82 M4. Originally I wasn’t going to go see one in person until I picked my F80 M3 up, but I couldn’t resist the temptation. I purposely didn’t ask to drive it. I wanted my first experience behind the wheel to be on my Performance Center Delivery/M School week. It doesn’t really matter how much I like the car since I already bought it.

I don’t have much of a review since I didn’t drive it, but I do have a few observations.

1.) This car had a sunroof. I don’t do sunroofs. I’m sorry this may offend: if you get a sunroof on this car, guys like me are going to think less of you. But since you got a sunroof, I’m sure you don’t care.

2.) This car had DCT. This was the other reason I didn’t want to drive this car other than spoiling the future surprise. I know I wouldn’t like it with DCT. I don’t know how you guys can stand pulling the very weak feeling plastic paddles. I’m guessing an aftermarket manufacturer will come out with something billet aluminum that may be more acceptable to me. Those OEM paddles feel/look like junk.

3.) Much like an M5 the M4 looks much better in person than in photos. It looked a lot more like the previous generation than I thought. That being said, if the M3 didn’t exist, I’m not sure I like the M4 enough. From certain angles it looks odd to me. For example, the trunk looks great from the side profile, but from 3/4 or rear view it looks weird.

4.) This car didn’t have full leather. I get what others are saying about full leather being a must. I don’t completely share that opinion, but I get it. The only area that I thought looked a little cheap are the bottom area of the doors. Since the doors on the coupe are so much bigger than the sedan, there is a rather large area of plastic that looks a little Honda Accord like. Other than that, the dash without leather looks like every other dash on previous generations. It looks fine.

5.) Dare I say this, my C2S looked a little dated in comparison. In my opinion, the aggressive lines of the M4 make the simpler, softer profile of the C2S look a little old. I’m not saying I don’t love the look of the C2S, but the M4 looks very aggressive. I wish I took better comparison photos.

6.) Look at my rear calipers versus the size of the front on the M4. All I can say is that I’m glad I paid the extra for the CCBs. Sorry…

I was too enamored at looking at the M4 to actually think through getting some decent photos, so I just snapped a few crappy photos next to the C2S. Now looking at the photos, I wish I had moved the cars to a better spot to get some better comparisons. 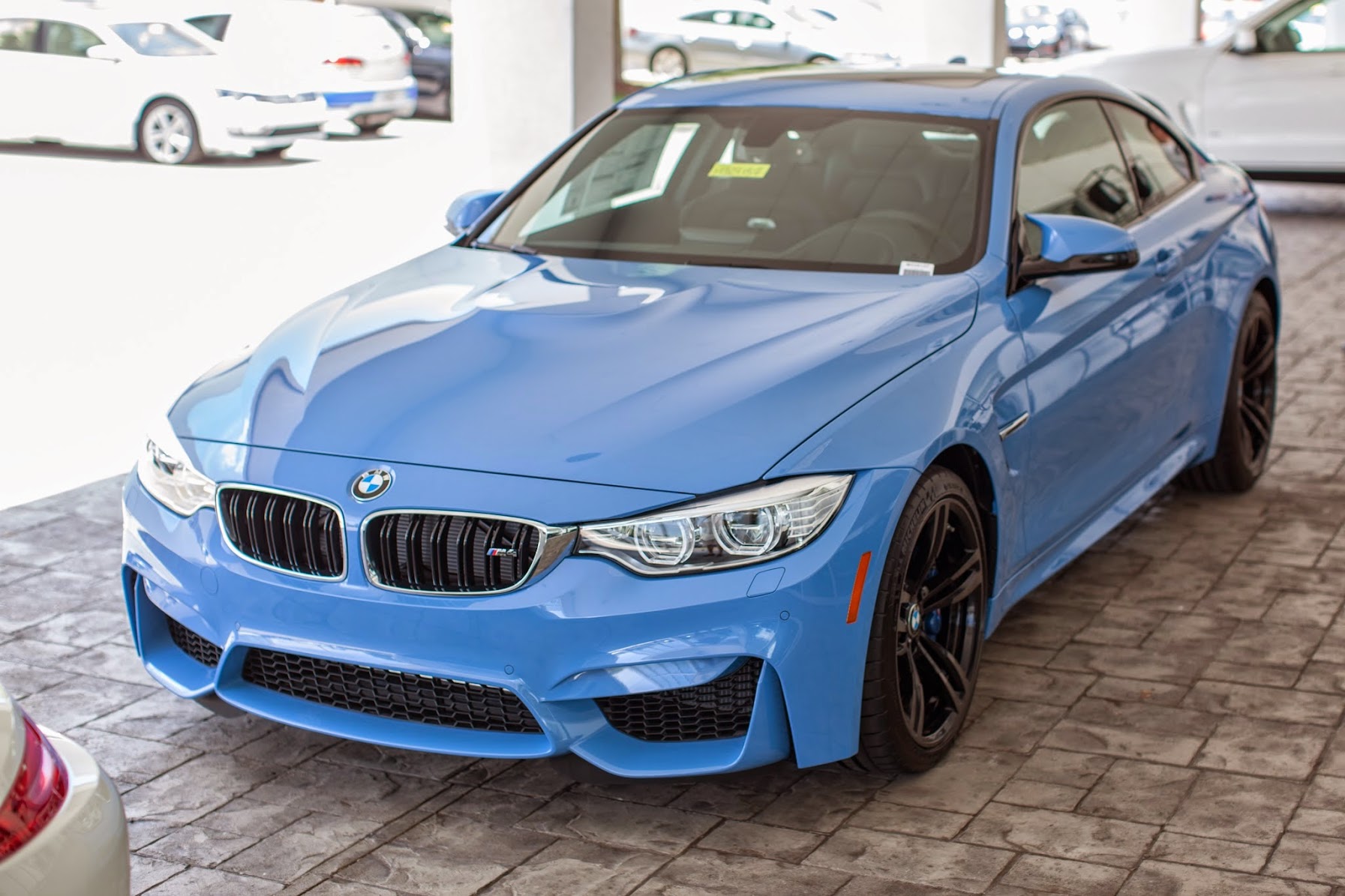 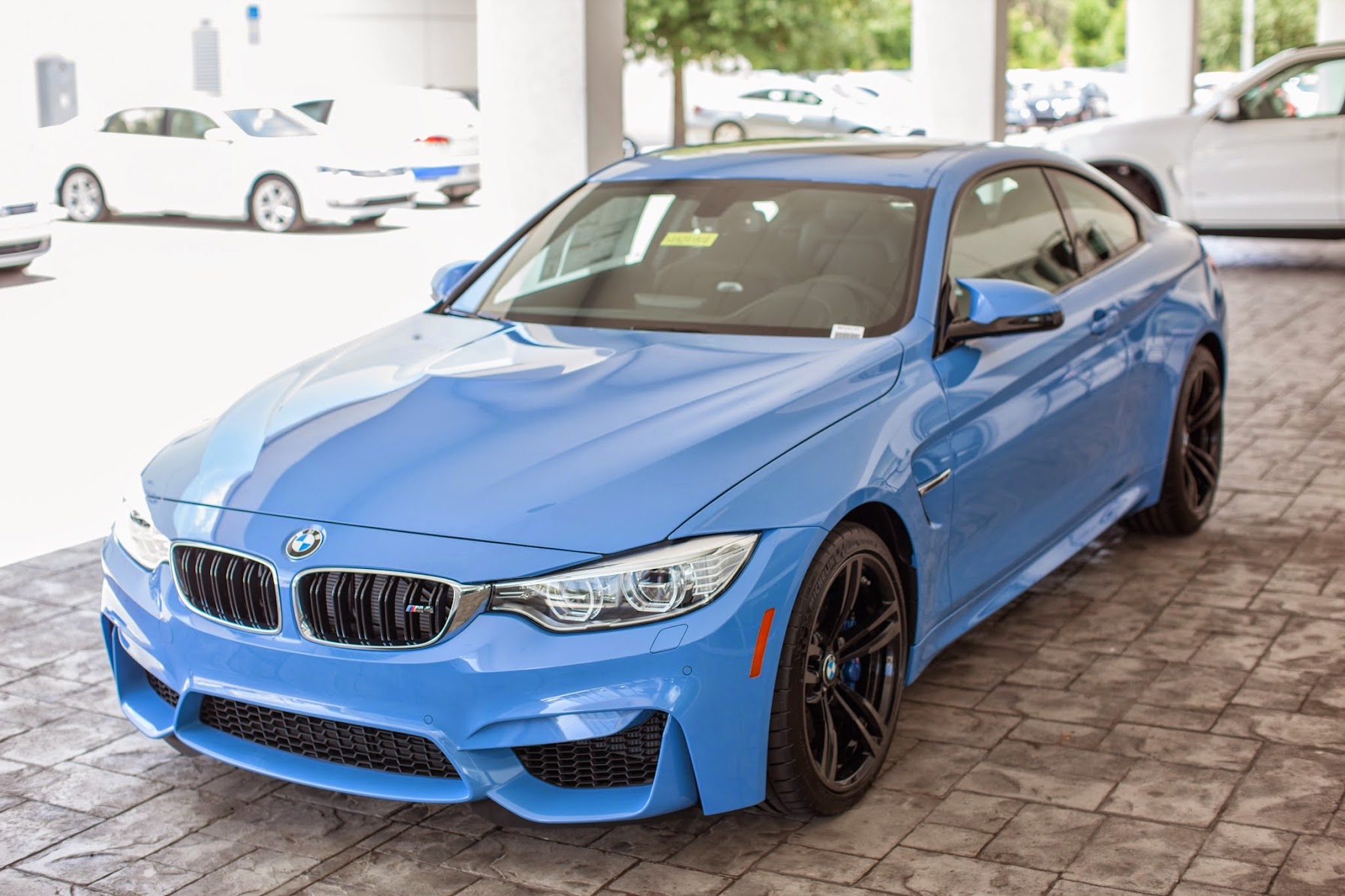 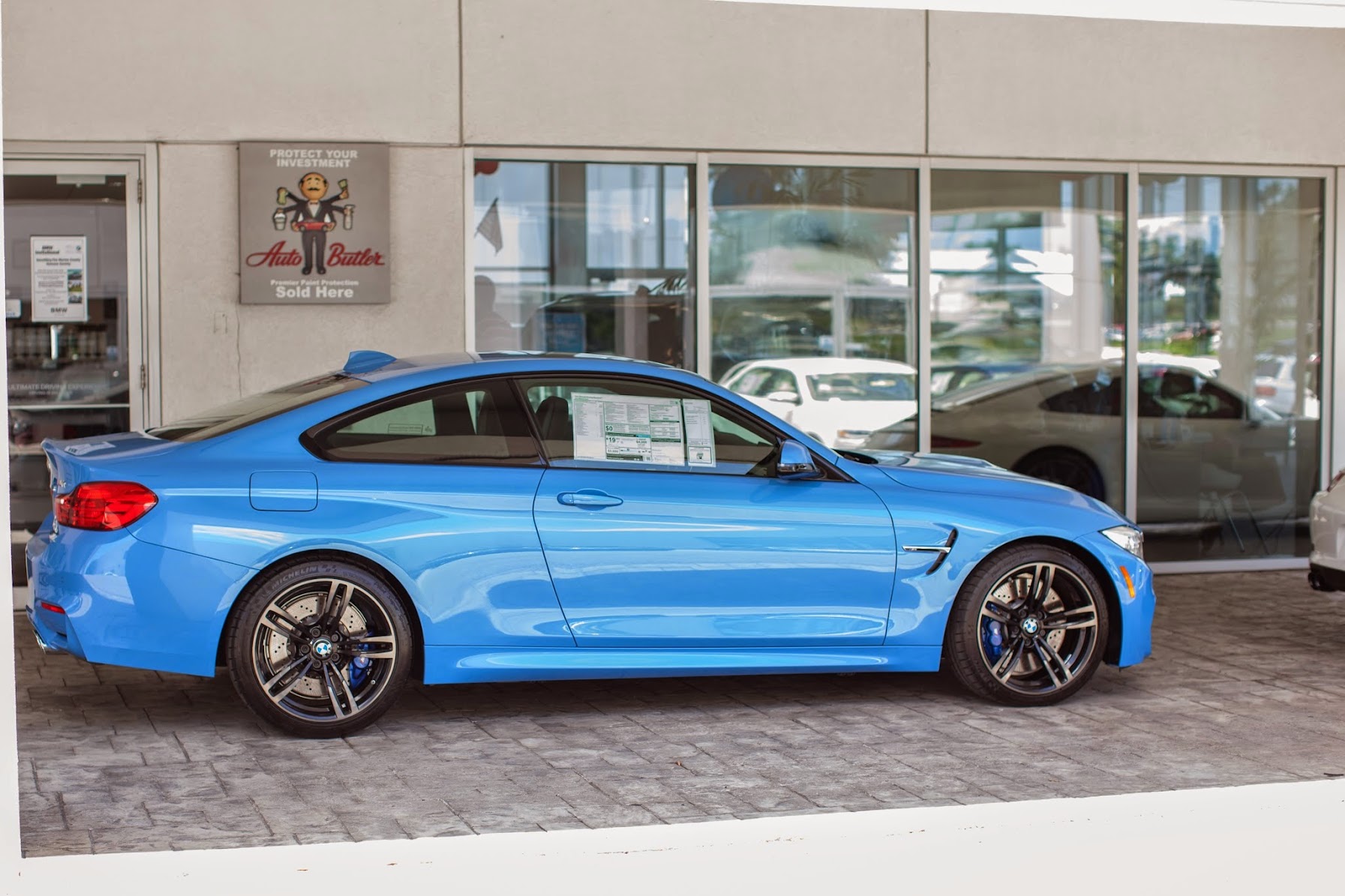 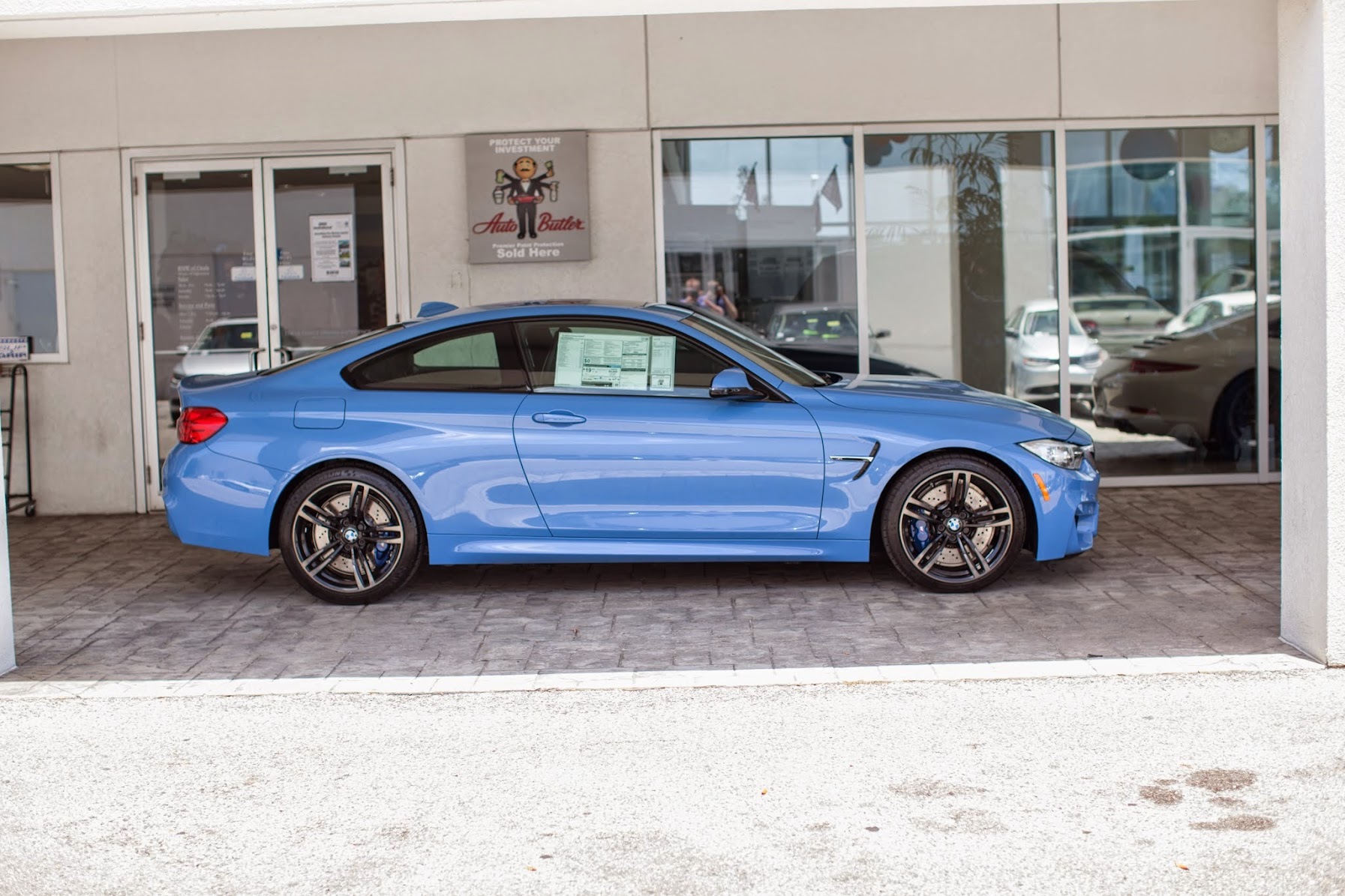 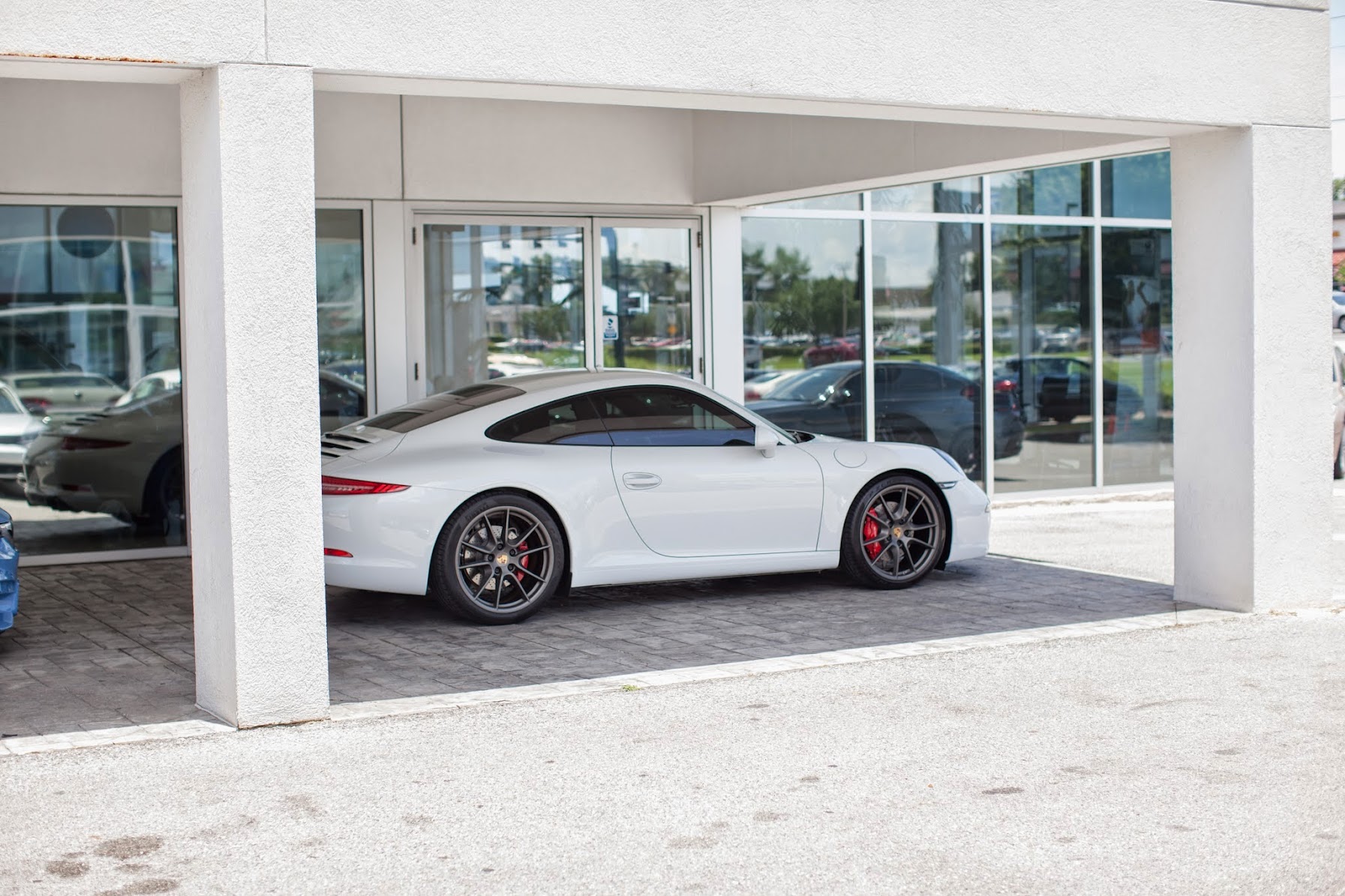 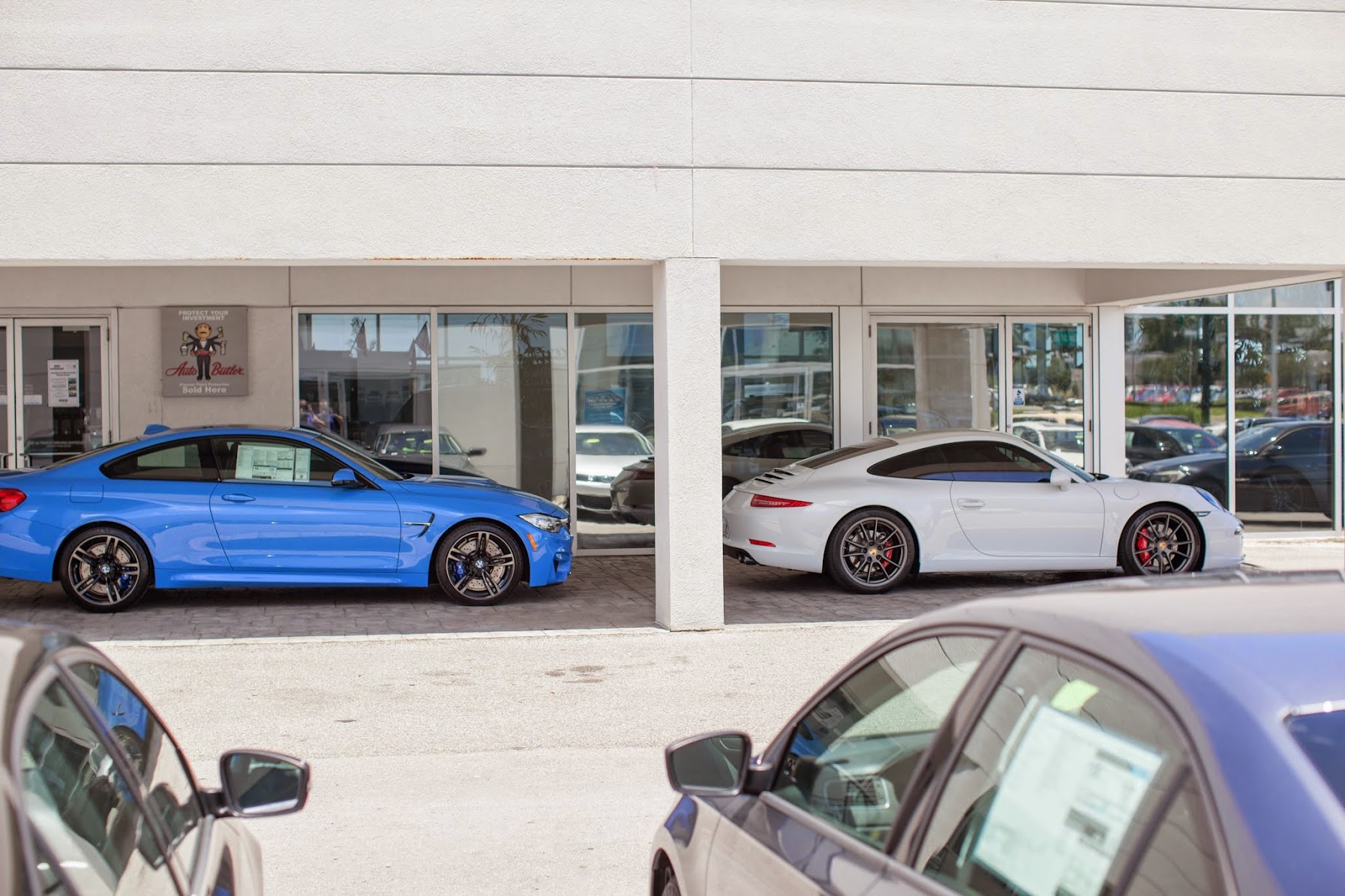 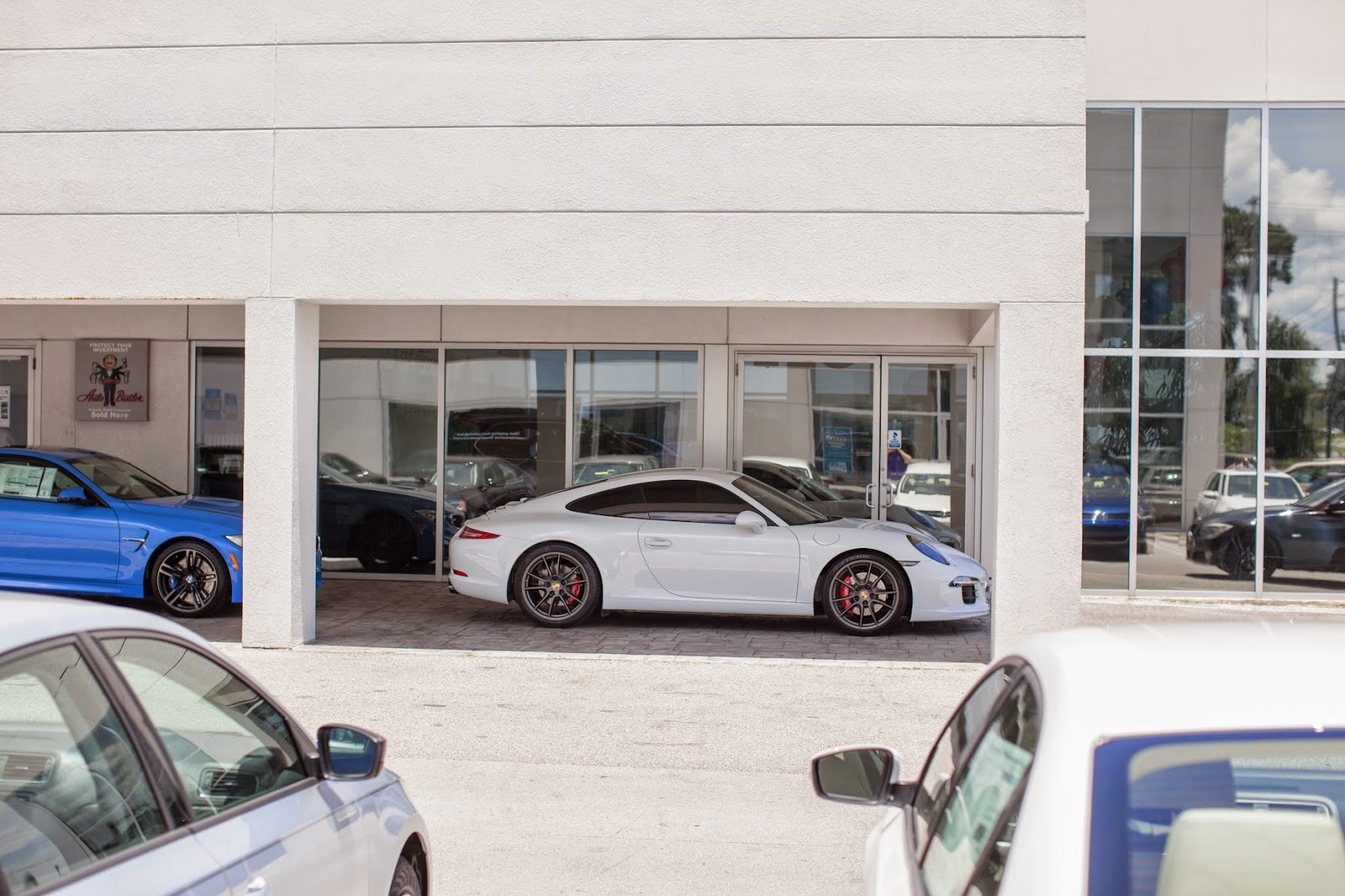 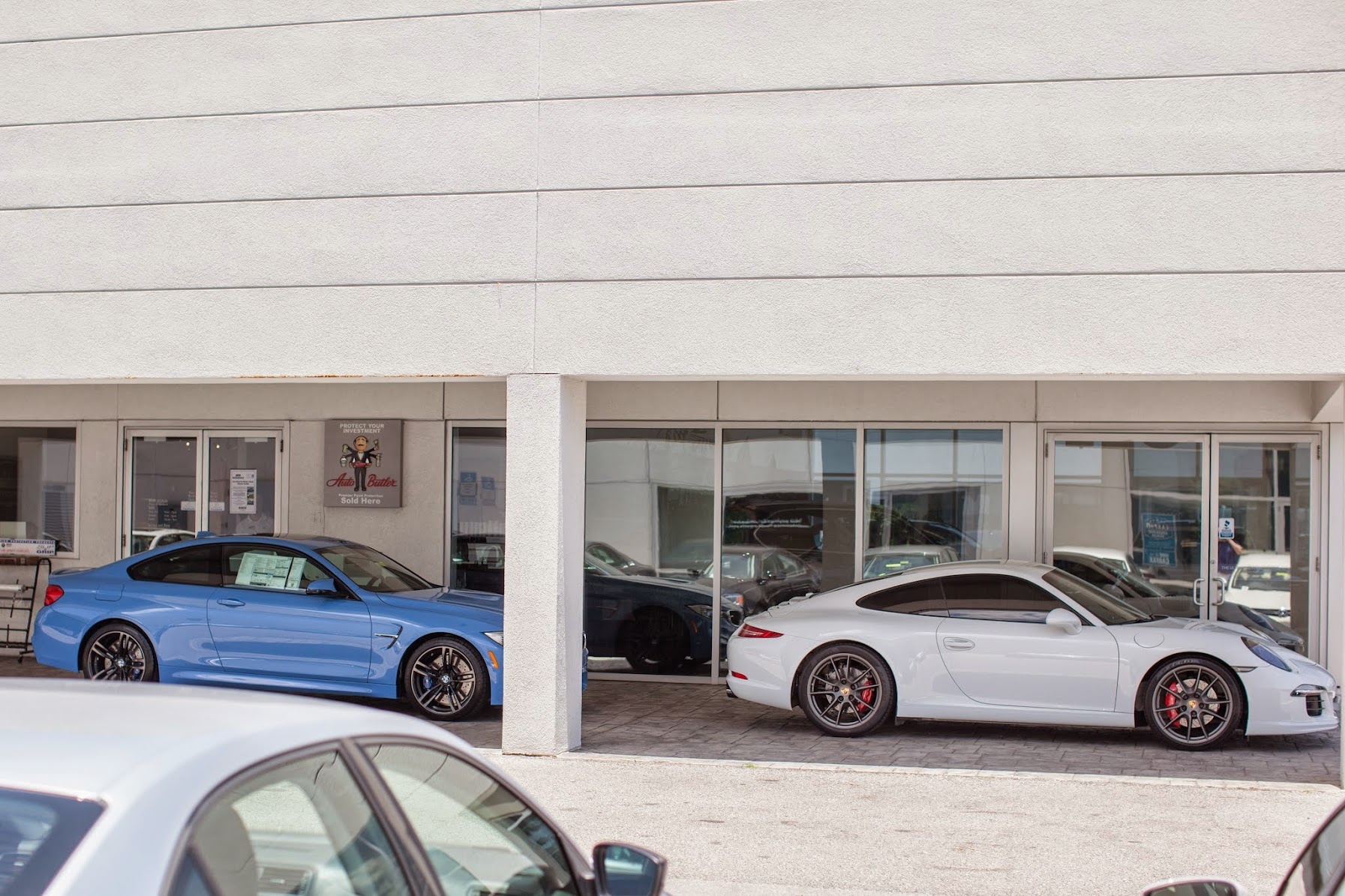 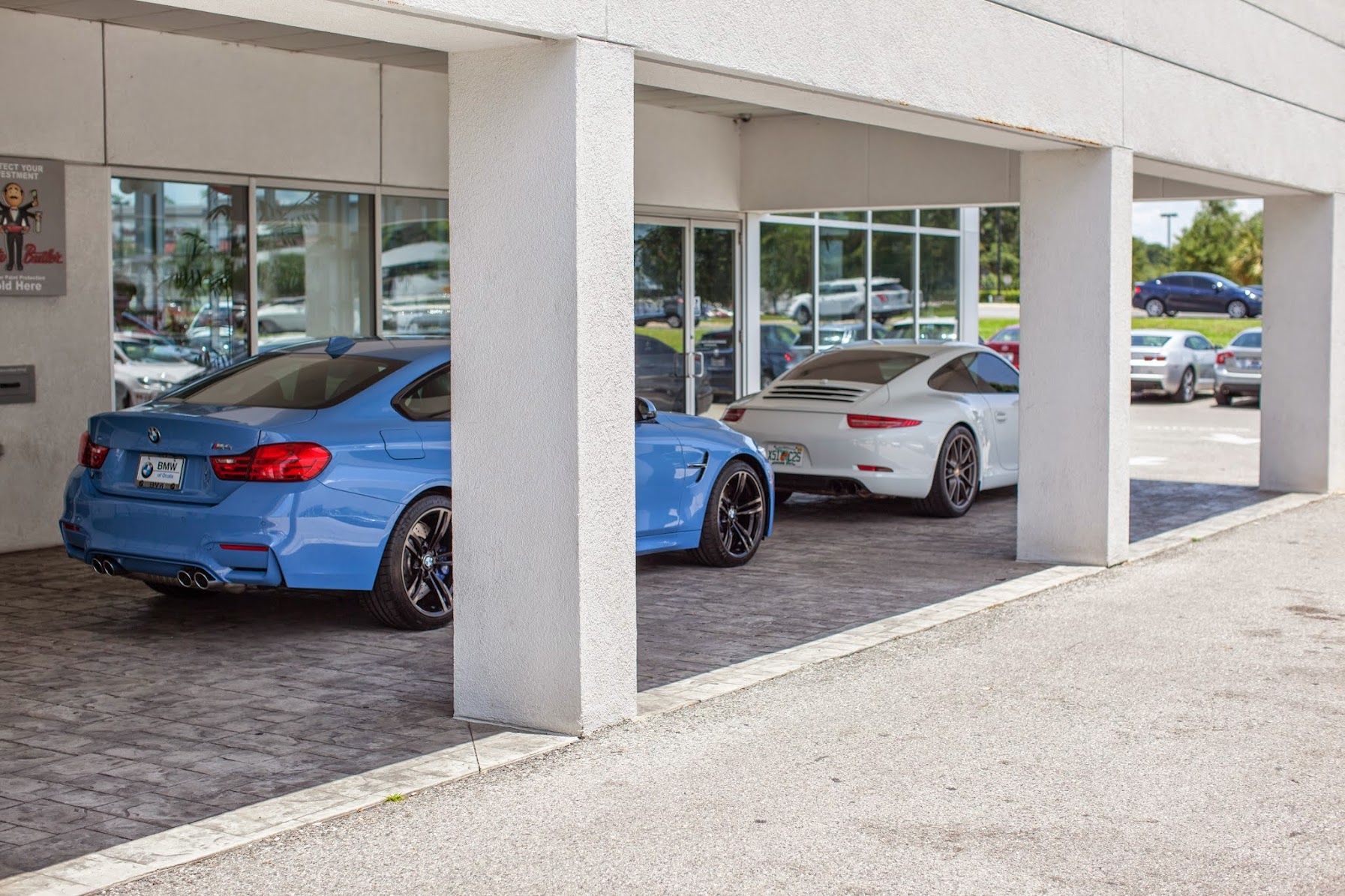 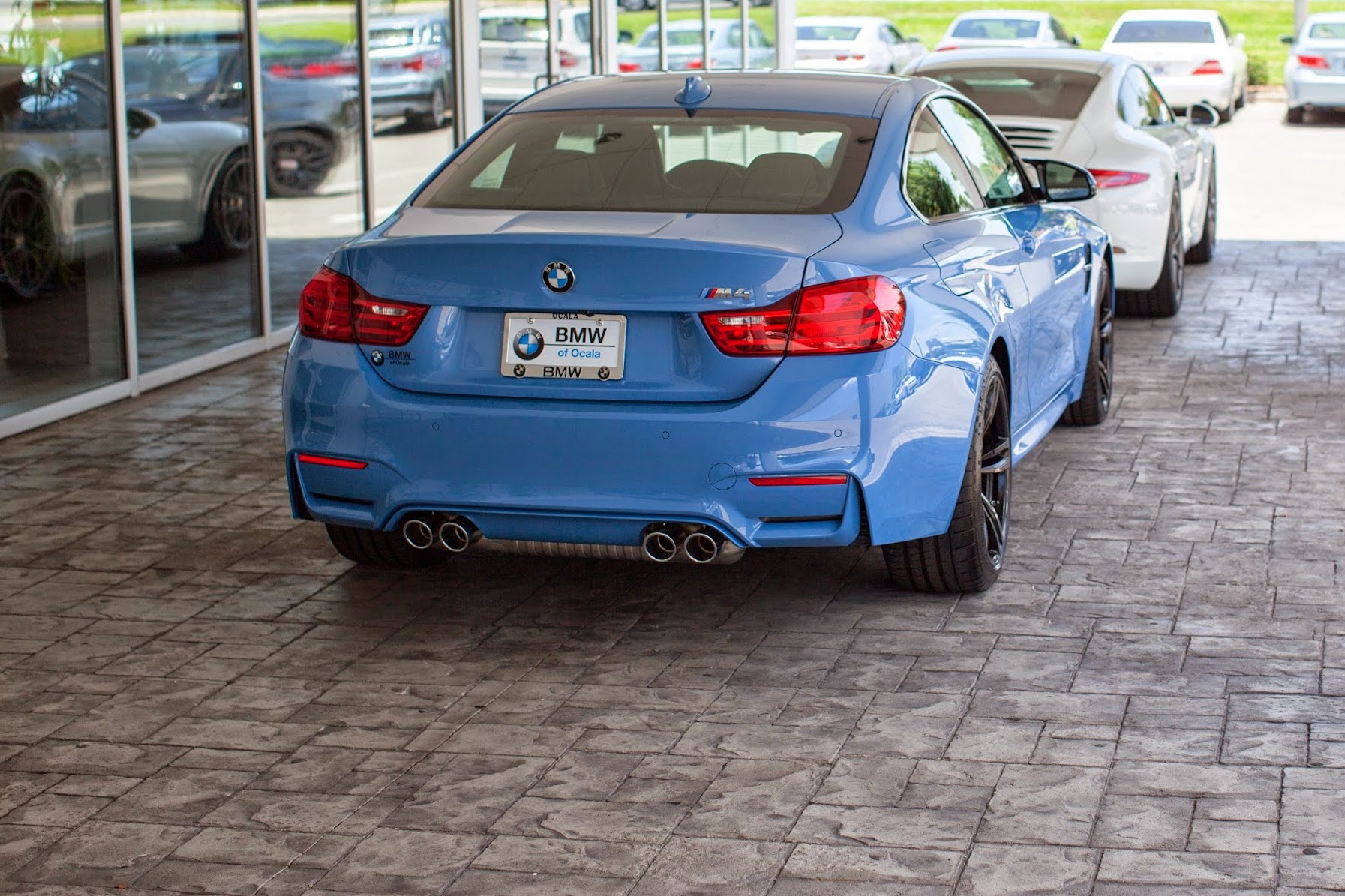 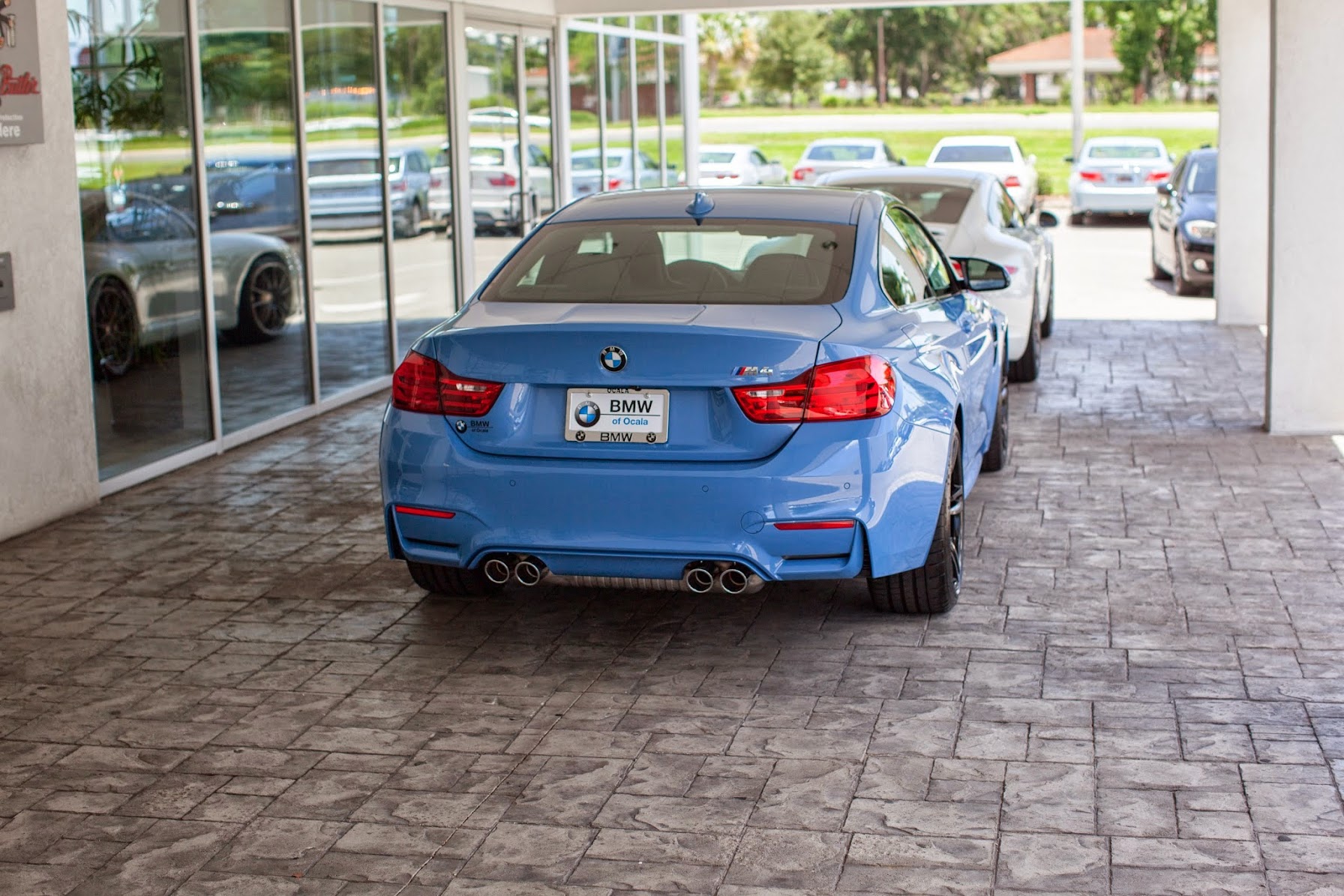 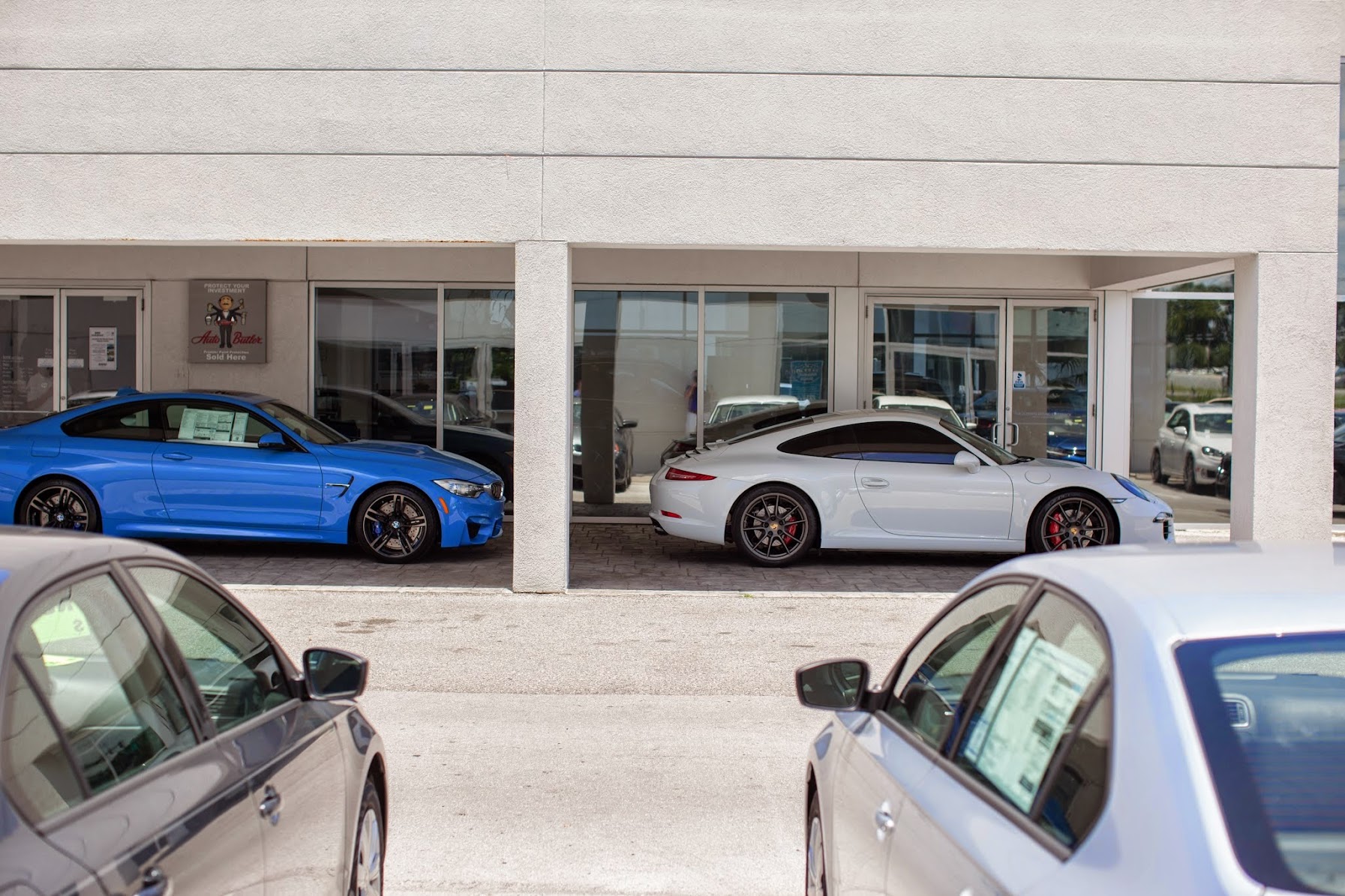