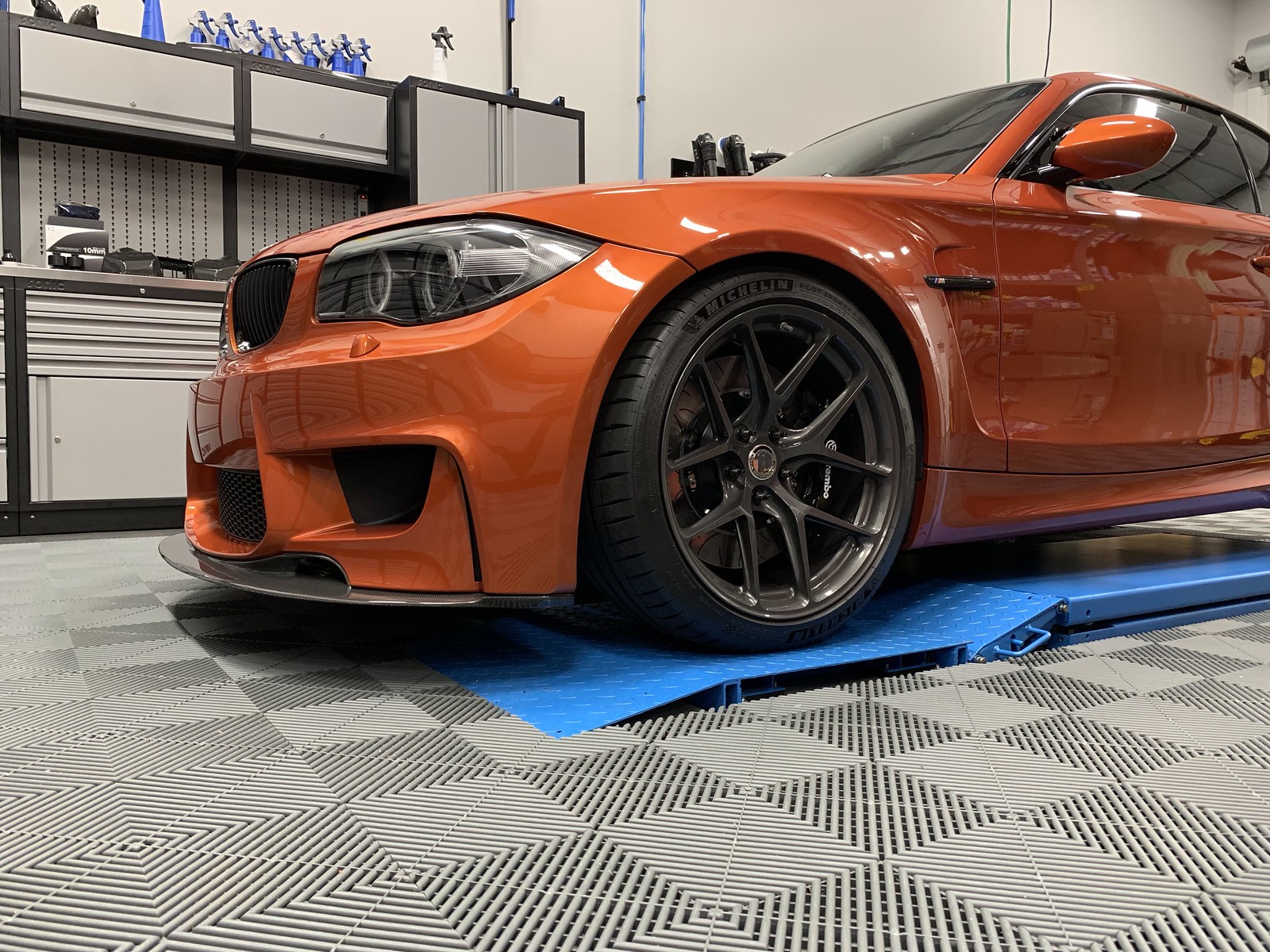 I have done quite a few Journals on previous cars. In fact, my very first one was in 2014 chronicling the ownership of my first Porsche.

I started that journal as an outlet for my medically diagnosed obsessive compulsive disorder of which I suffer daily. Prior to starting that almost daily update of the ongoings in my garage, I quickly discovered a sort of brotherhood of other people that were passionate like I was.

Fast forward 5 years later and I’ve left my career/practice in wealth management behind to exclusively chase passion in what has now become something bigger than I could have ever envisioned. In fact, it has become so significant to me that I decided to audaciously buy a 1M as a late year 2018 tax write-off and quickly decided to do a “Giveaway” of the car.

I have always wanted to experience a 1M since its first discussion on this forum back in 2010/11. I fancy myself an M3 guy, so I never intended to get one, but I certainly would have loved to experience one for an extended period of time. Just before Christmas last year, I went to YouTube personality AdamLZ’s open house and there was a VO 1M sitting there in the line up of BMWs. I’ve had a long-time relationship with the shop PSI in Orlando that shares a space with Adam. My friend Sean that owns PSI saw me eyeballing the car and politely mentioned that the car was for sale.

It took about 2 milliseconds for the gears to start turning. I’ve been thinking a lot about getting a third car outside of my E92 M3 and GT3 RS that are longer-term staples for me. I intended to get cars that are interesting to me that maybe I don’t quite understand or want to own for longer than a year. I thought, “What better car to start with than a 1M.” So…I bought it a few days later.

The plan was to just buy the car, leave it as is other than detail it, drive and enjoy it, then sell early in 2019 in favor of the next car I’d like to try. Well, that lasted almost as long as it took me to decide to buy it. One of my favorite things about BMWs, specially M cars, is the sheer amount of amazing aftermarket stuff you can pursue for them. I immediately started compiling a list of what I wanted for the car.

That is what I intend to share here in this series of blog posts. Over the next month or so, I’m going to take you through the rather short, but extremely compact transformation of my VO 1M from what it was to what I call OG Spec. I eventually decided to give this car away rather than sell it and will share the numbers and what that was like.

I quickly figured out after making an Instagram post asking if I should buy the car that I knew the guy that owned it. I called him that Monday. He offered me the car as is with all the modifications on it for $55,000 or stock for $45,000. I took it as is since I intended to “leave it alone” and not do much to it. This is what the car looked like when I got it. 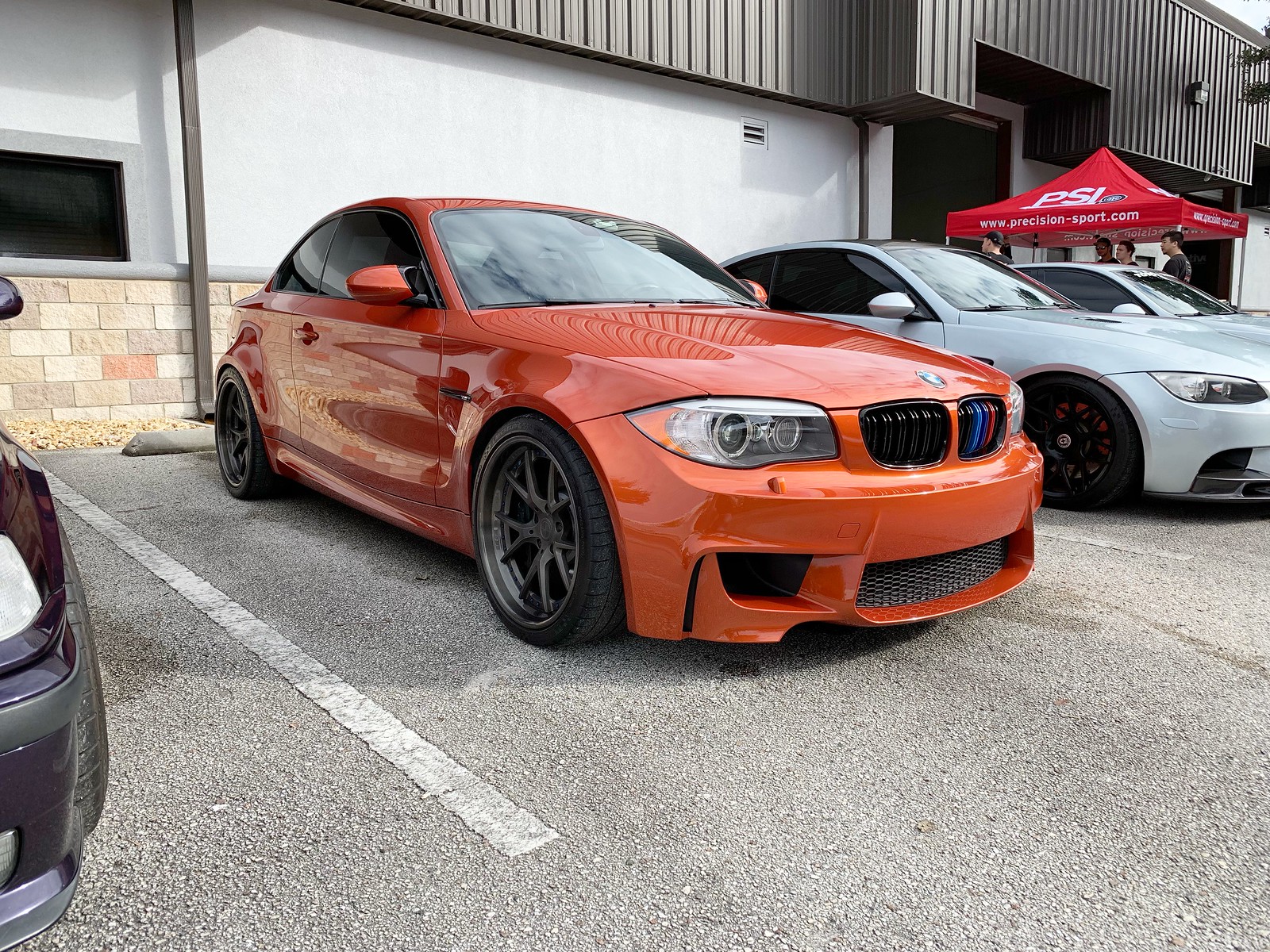 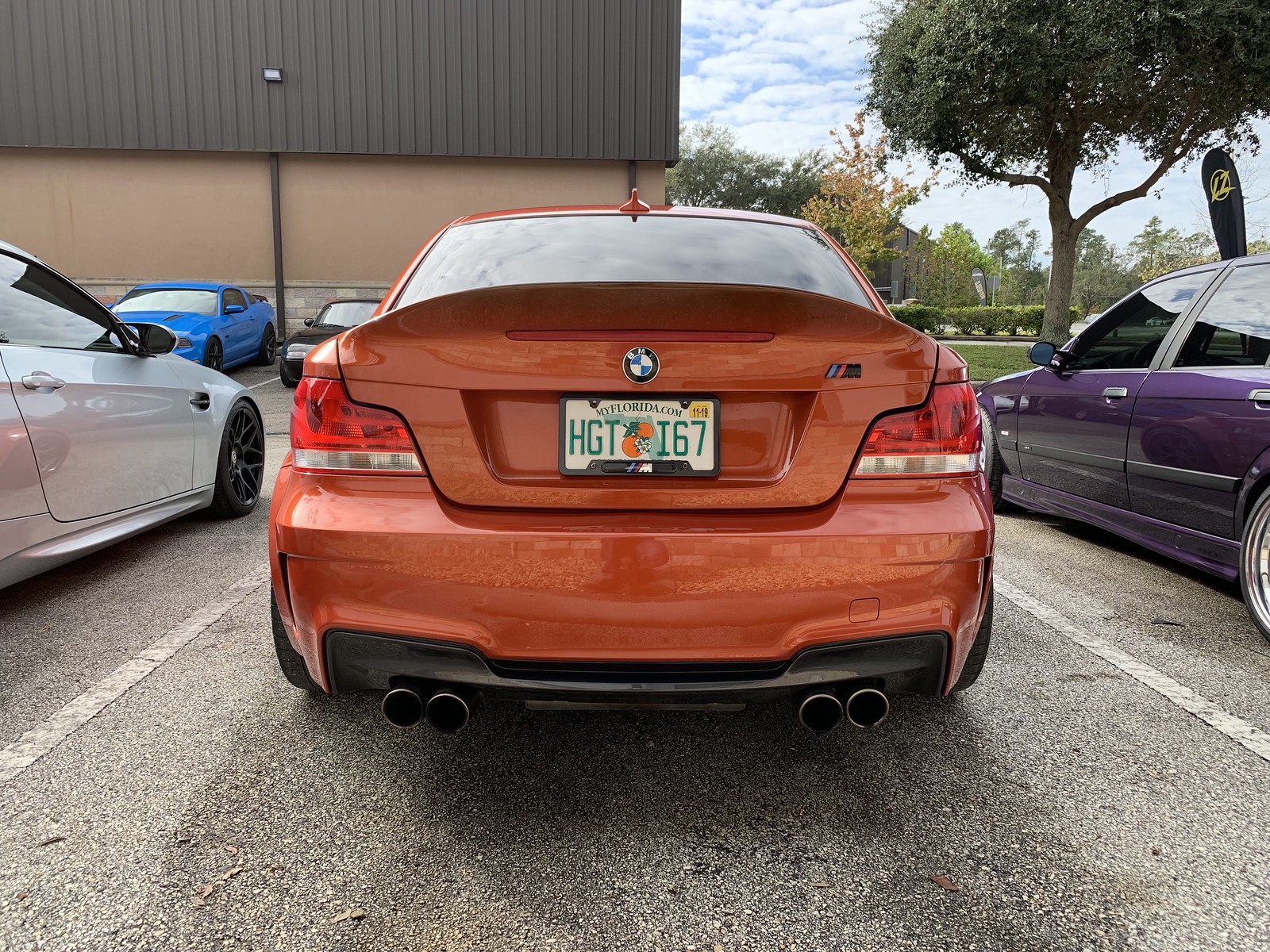 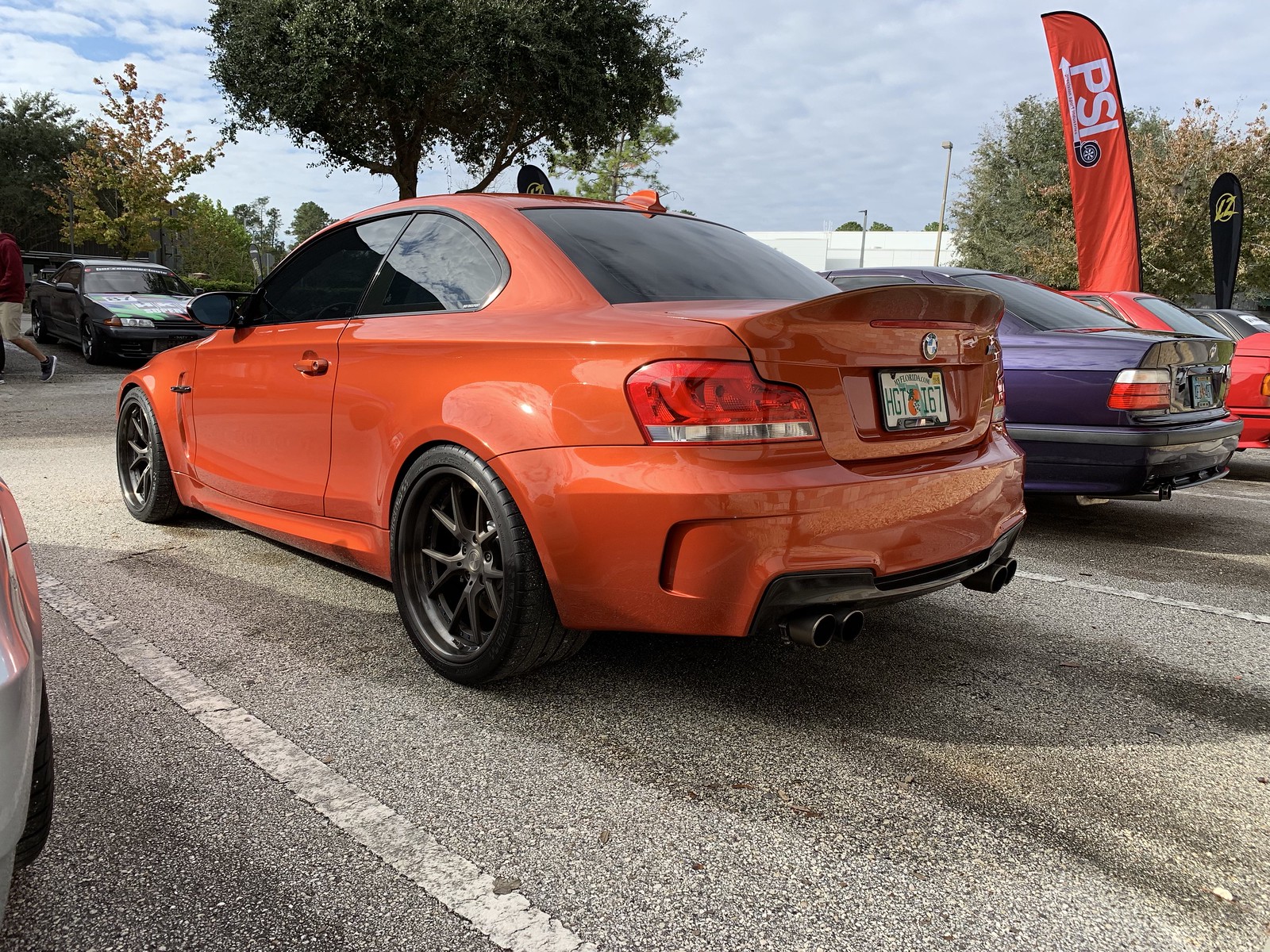 I took my GT3 RS that day and almost drove the 1M home instead. 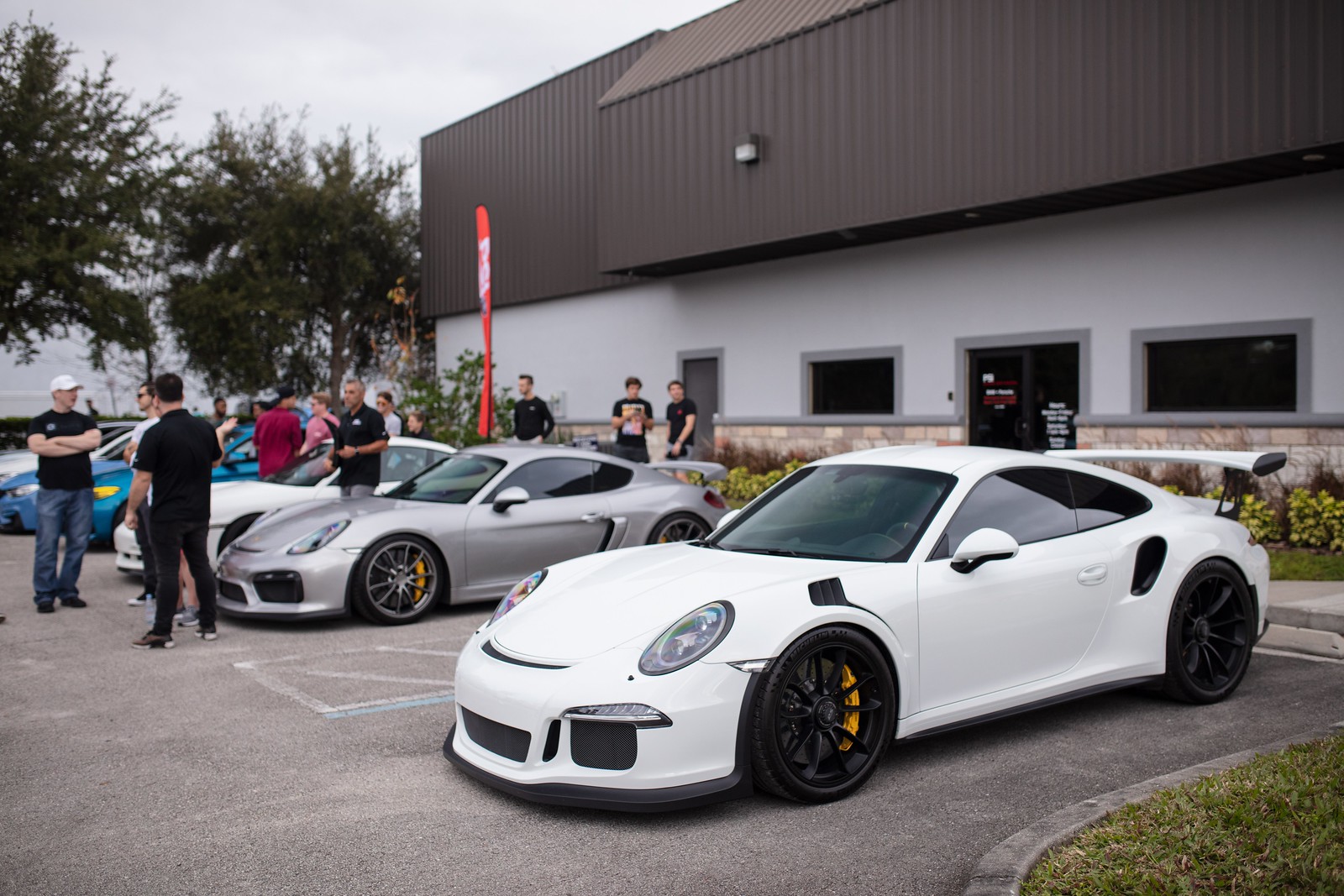 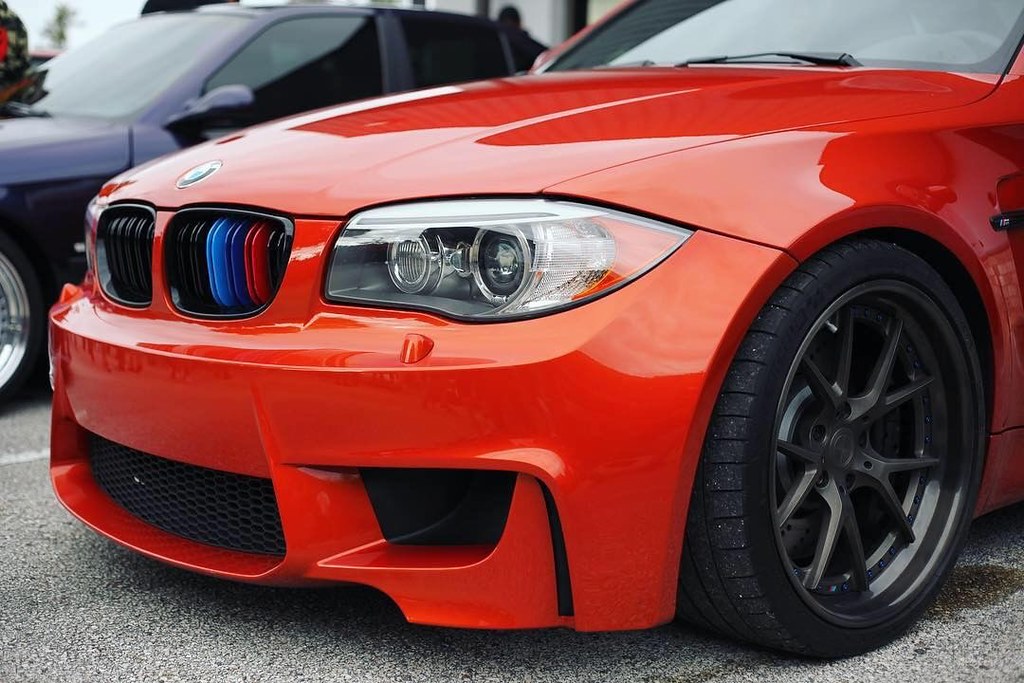 Stats at my Delivery: 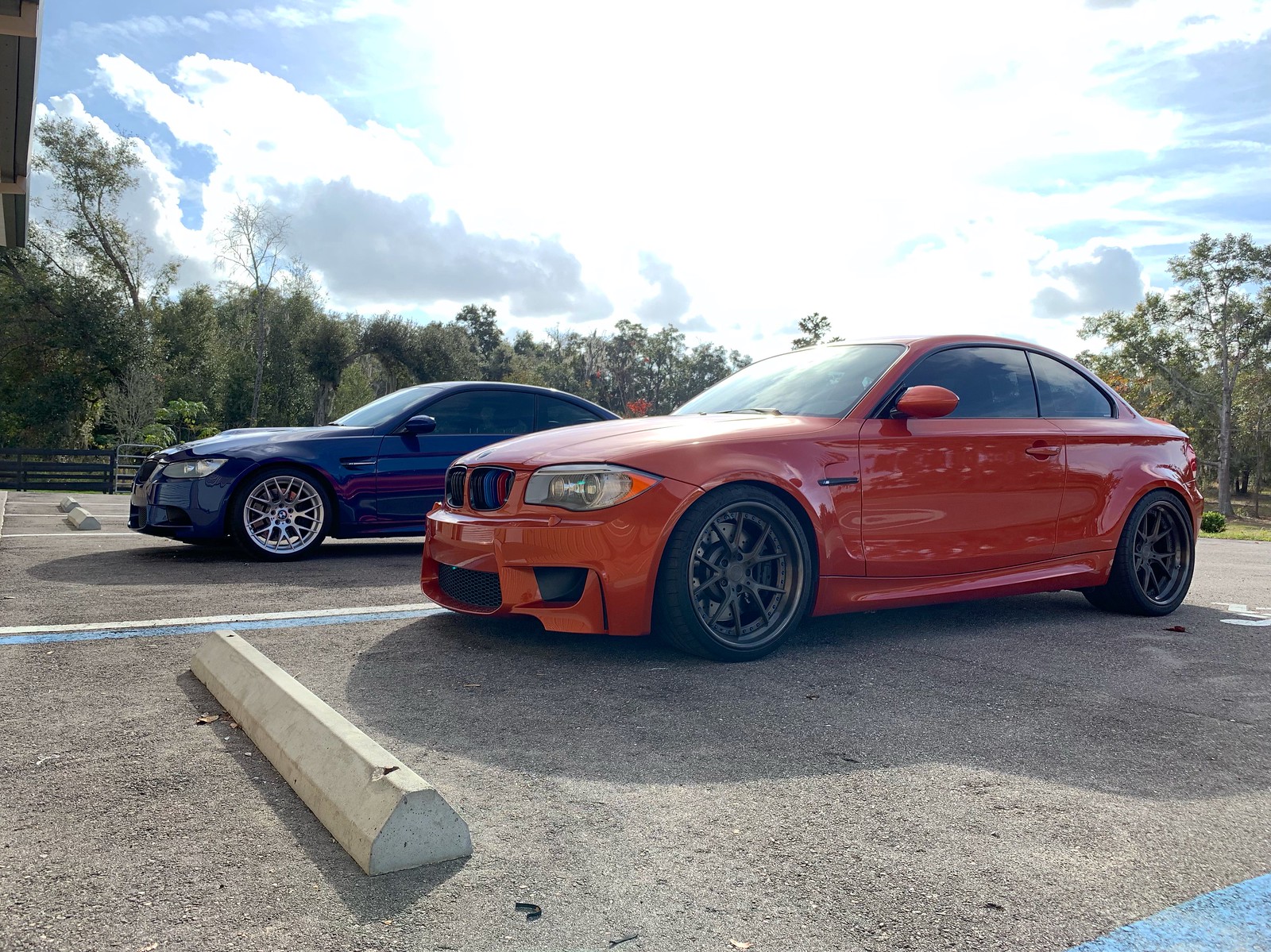 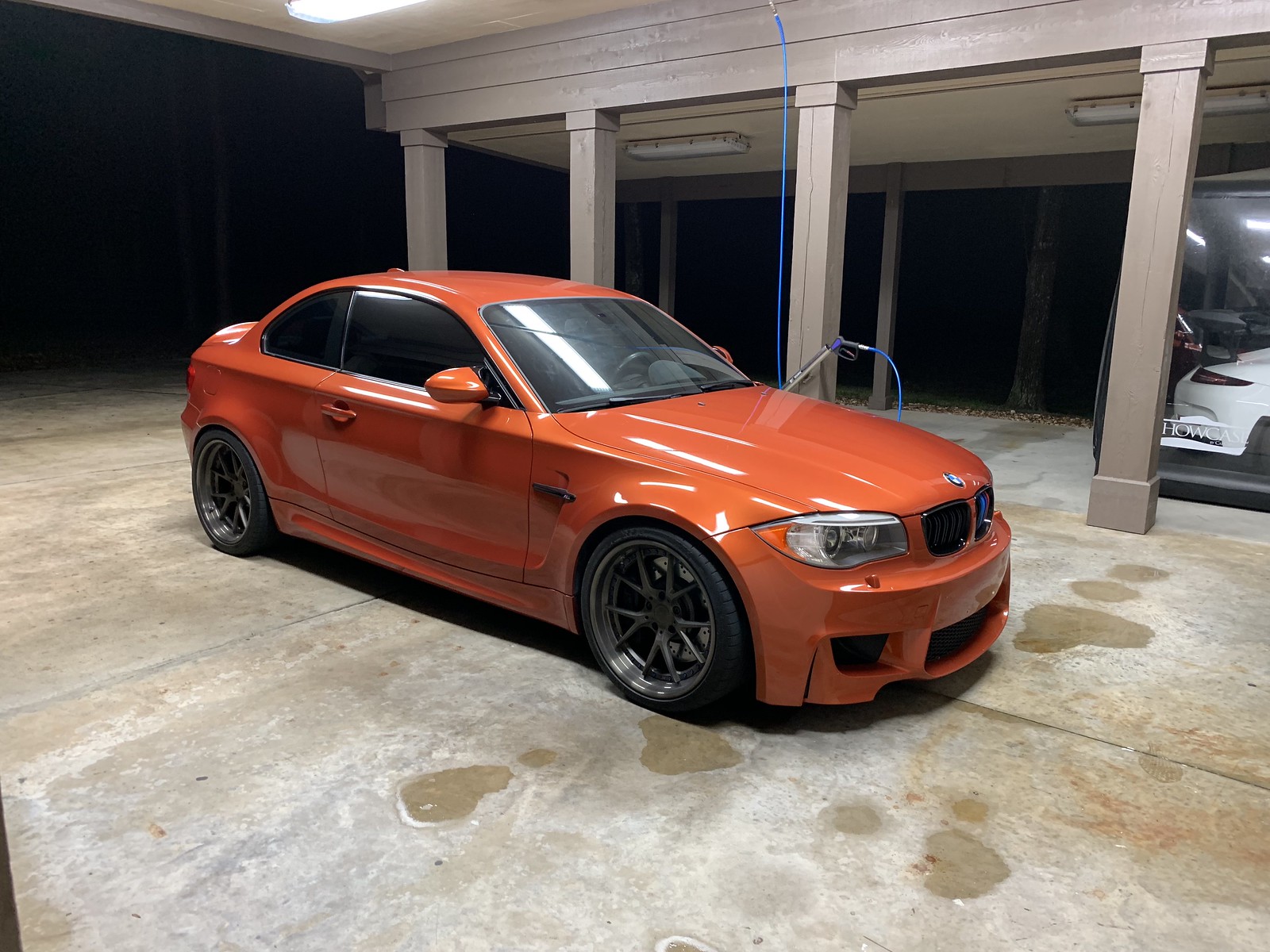 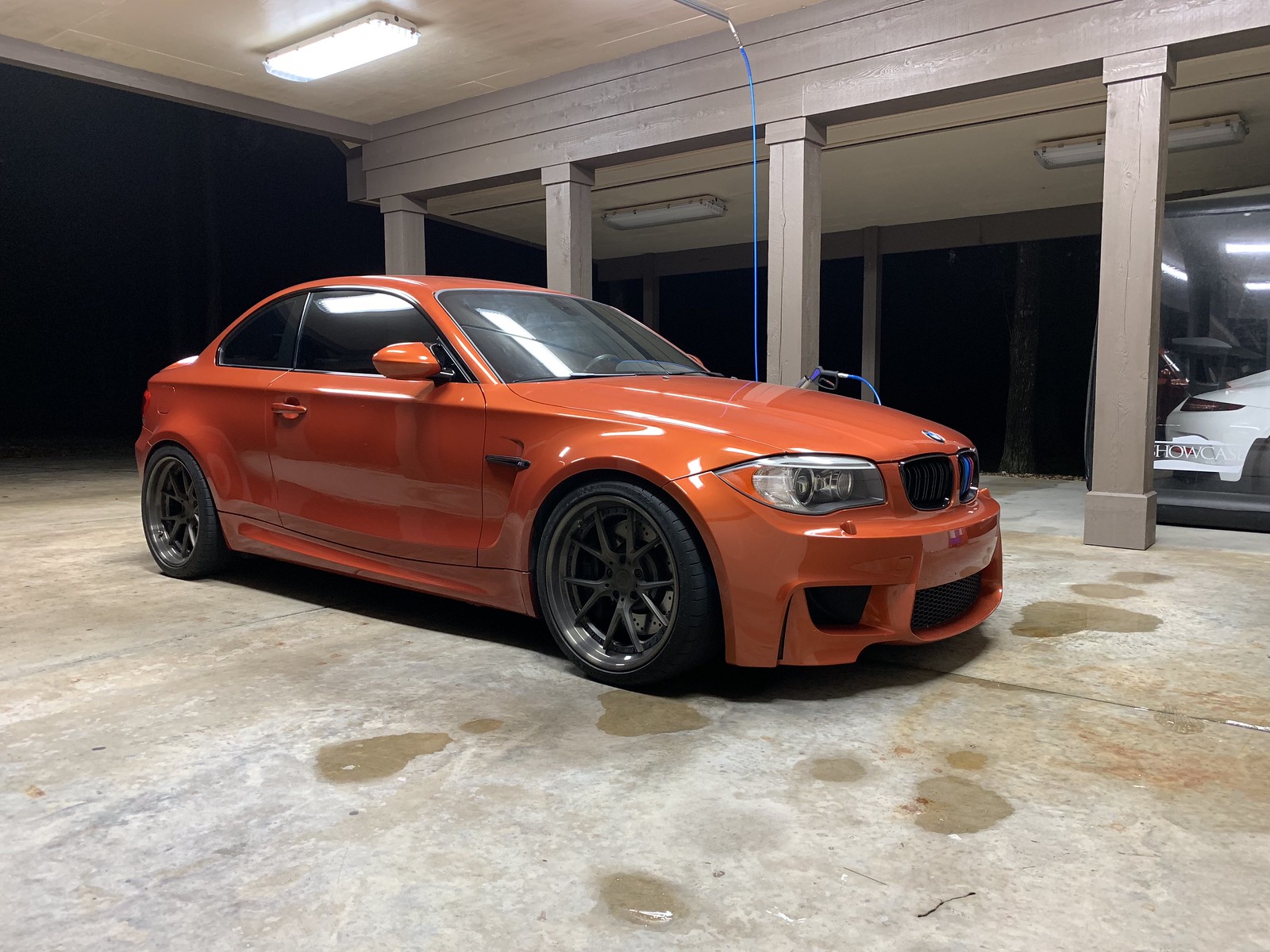 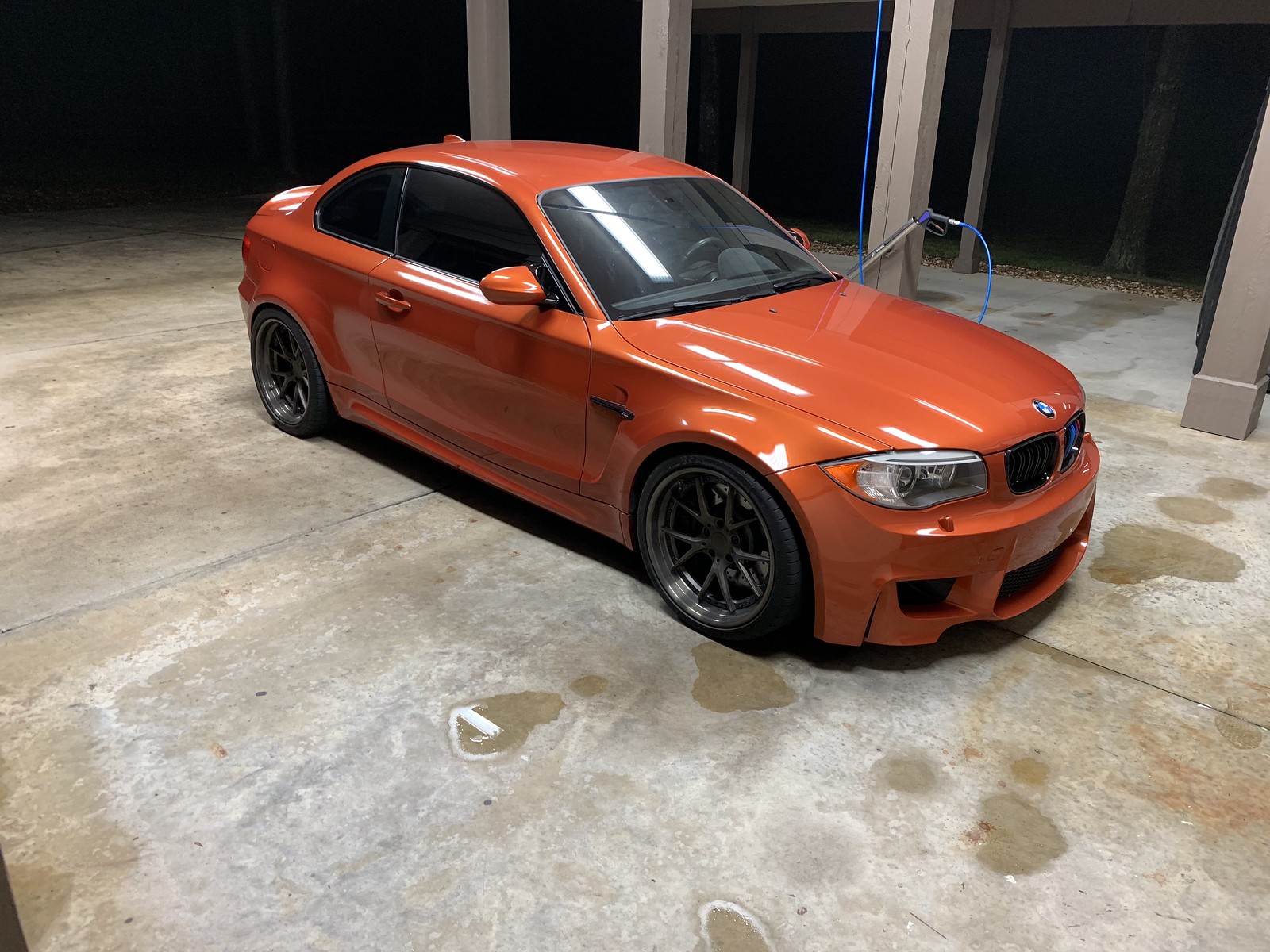 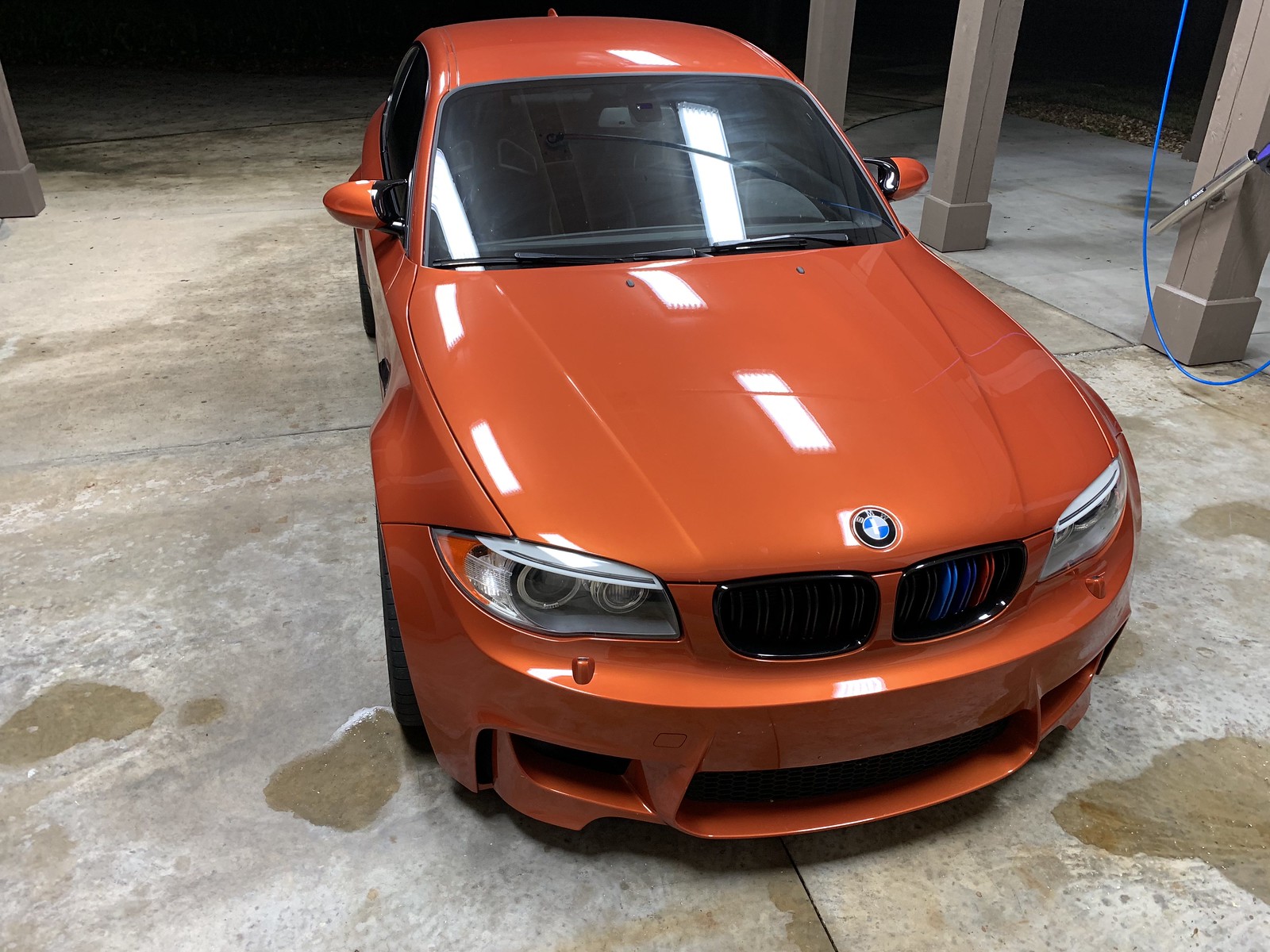 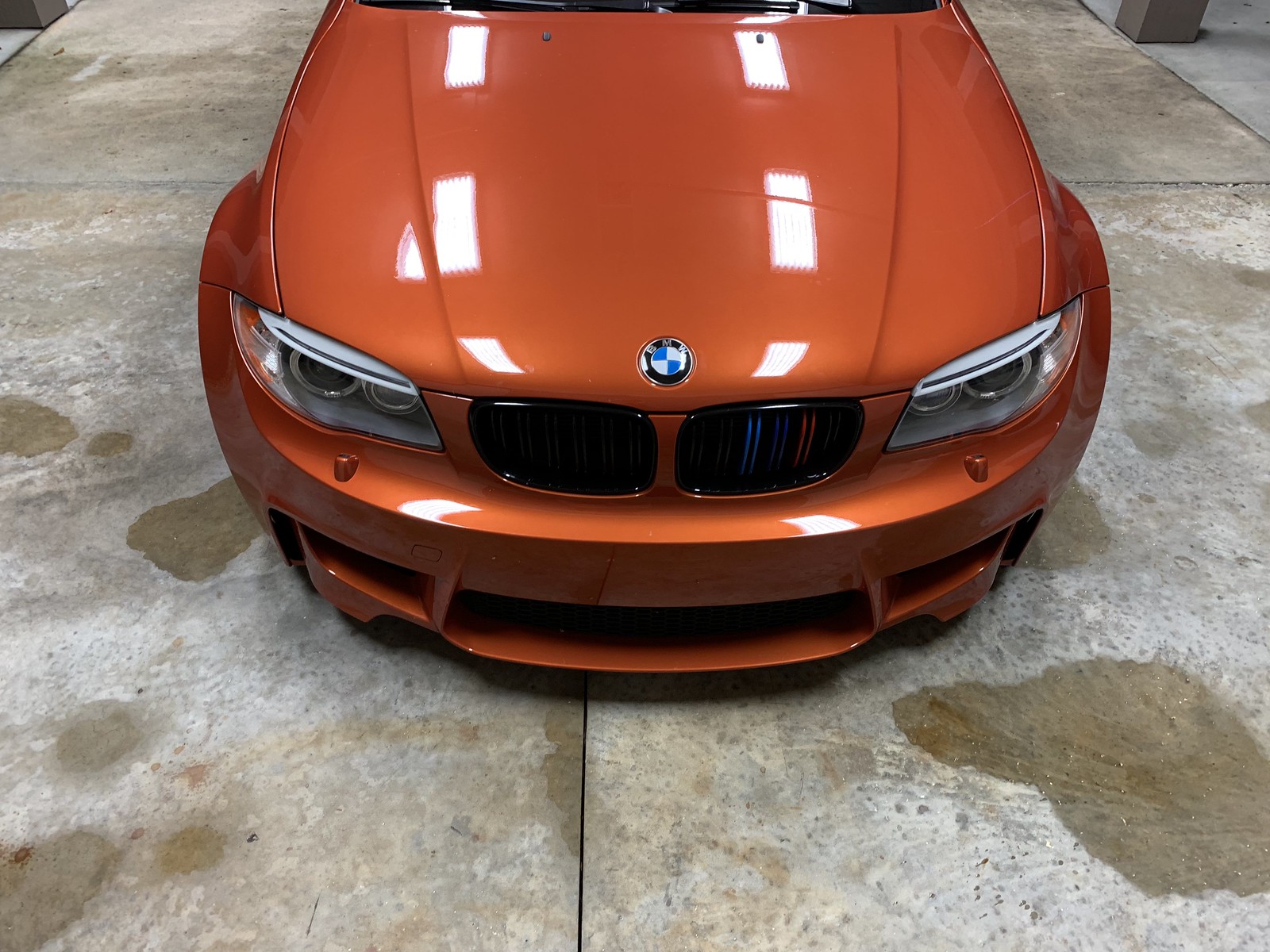